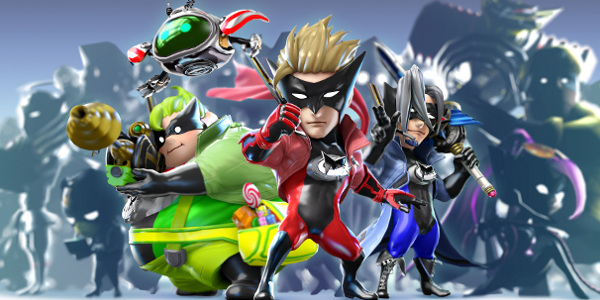 Nintendo showed off a new video for Platinum Games’ upcoming project The Wonderful 101 at the Nintendo Direct on Wednesday.

No further details of the game were released and there is still no firm release date, but the new gameplay footage ramps up the excitement for the quirky title.

With one hundred unique characters in the game I think that Platinum and Nintendo would remiss not to capitalize on that an spin off other media opportunities when the game launches. If there is nothing planned in the way of anime or manga then some collectables would be a nice fit for the look of the series.

Small toys could be released, trading cards and the like. Even if they are only made available online to start they could be a hit. There is a lot of potential to make this series into a true franchise an get kids excited.

Think about the collectable nature of Pokémon and trying to collect all the cards (or characters in the game). Same here by releasing a set of six characters are figurines in stores to coincide with the retail release with more available to purchase exclusively online. Club Nintendo perhaps? Free figuring with physical purchase? How about an exclusive figuring if you purchase a DLC version of the game on the Wii U eShop?

Could be big, Nintendo. Get on that.