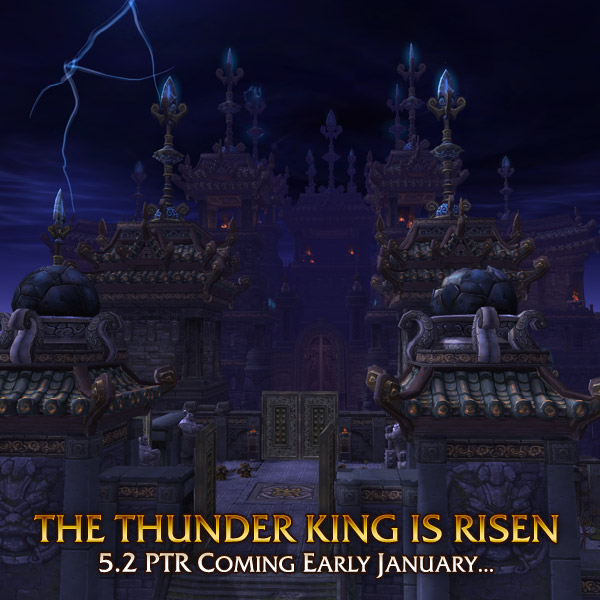 World of Warcraft players have been enjoying Mists of Pandaria since its launch his past fall and have been waiting for the next batch of new content. Blizzard has now teased about patch 5.2 in their annual holiday message to players. Actually, message is probably not accurate because it is more of a teaser image. Along with the image Blizzard announced that 5.2 will go live on the Public Test Realm in early January before becoming widely available to all players.

Players expect that 5.2 will bring a new raid centered around The Thunder King as well as a lifting of some of the restrictions on transmogrification and further improvements to PVP Combat.

Check out their holiday teaser image after the jump!