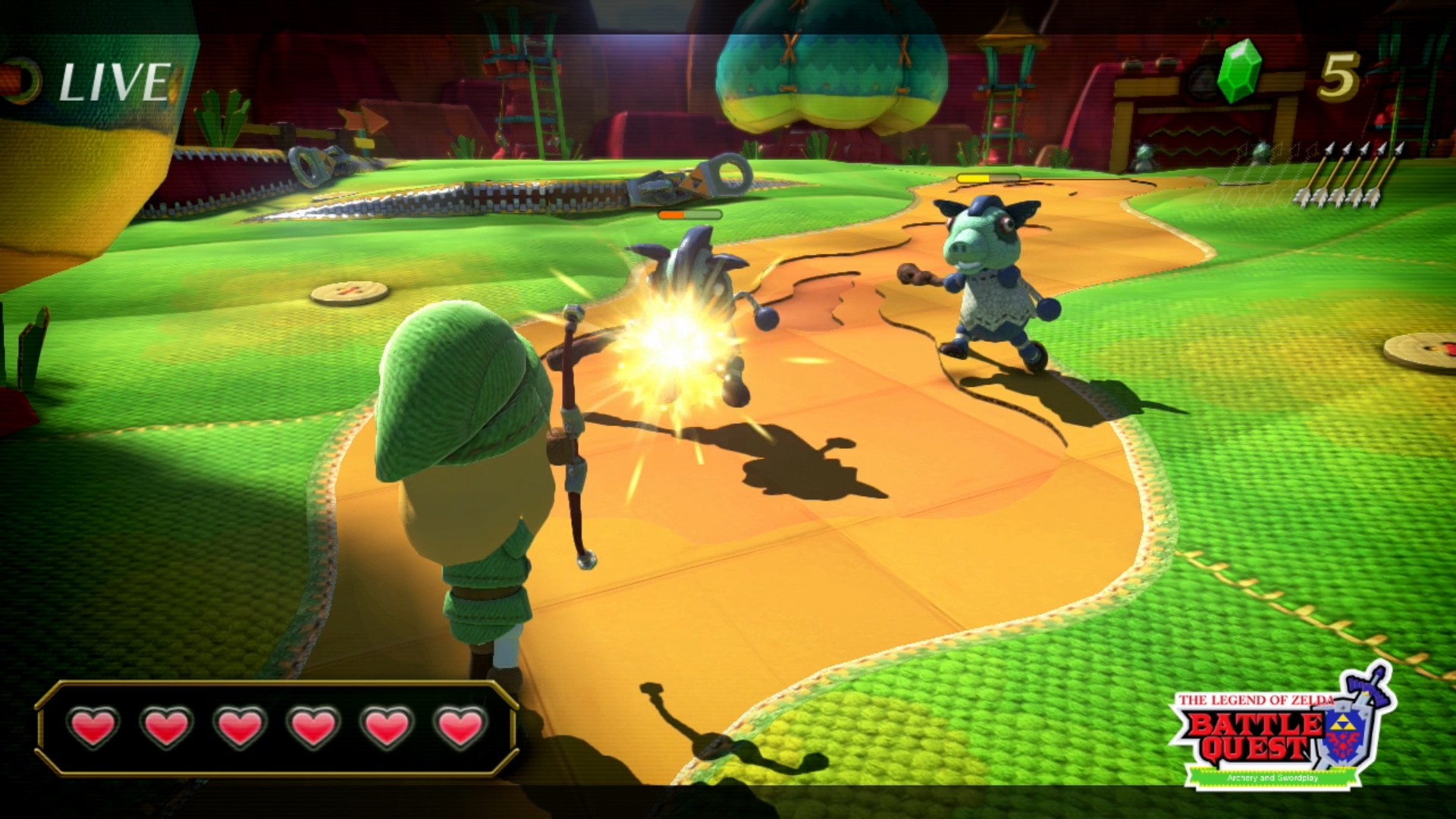 Recently, WB Interactive hosted an event in Toronto where I got to check out some Wii U games from them. Those really impressed me and I was fortunate enough to try out Nintendo Land as well. So what is really cool about the Wii U that should make gamers want one right away? Well I’m glad you asked.

To me, the coolest feature I’ve seen on the Wii U is being able to use the Gamepad as a physical gateway you can peer through into the gaming world. Game Party Champions started off showing me how you can look around inside the view screen with the event, “Water Gun,” where you’ll aim at targets in a small wild west town. So on the TV, your friends just see the full arcade machine. On the gamepad you actually look around a 3D space.

Why is this cool? Because in Nintendo Land, not only is the main area this way, but the Zelda attraction Battle Quest, takes this one step further. Go ahead and instead of using the joystick to look around in game, get off the couch. Okay now point the gamepad where you want Link to look. That’s right, your gamepad is basically a virtual reality view into the game world! Sure, it’s an on rail game, but you can still stop moving when you pull back the bow string. Occasionally looking behind link can sometimes net you secrets like pots to shoot at, since we all know Link loves breaking pottery. Or is that just our secret obsession and really Zelda is a social commentary… anyway!

Really though, look up, down, left, right, behind, anywhere! It’s like you’re in a virtual bubble and you can point the gamepad in any direction to see what lays over there. The speed is quite incredible too. As far as I can think back to, there wasn’t any slow down. Even when facing away from the system it still works!

I’m looking forward to seeing where companies take this. More games like this would definitely be awesome! A full Zelda game like this would be great even! It’s a fun surreal experience and it definitely is one of the exciting moments of the Wii U.  Being able to look around like you do is awesome, and applying it to any game could be a lot of fun. Starfox with the screen doubling as your view of the Arwings console would be cool. Even exploring another planet as Samus Aran would be an awesome adventure. Nintendo got it right, and this is definintely a great new direction for the Wii U.

Be sure to check back soon for reporting on the WB Interactive press event, and a review of Nintendo Land.