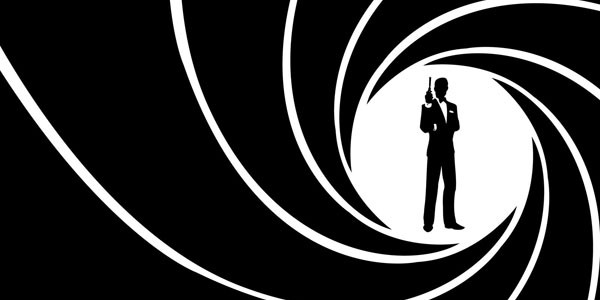 I have been a big fan of the 007 franchise since the days of Goldeneye (both the movie and the game). I haven’t missed one in theaters since Die Another Day and I have loved the countless old-time 007 movies to this day; The Man with the Golden Gun is my favorite. When Activision announced that they were going to be making a game out of some of the old favorites and Die Another Day, I was really excited to see where they would take this game and its routes. Apparently, Activision and Eurocom seemed to forget what James Bond was all about.

Let me me start off by saying that this game is a complete Call of Duty clone. 007 Legends shares almost all of the same characteristics in terms of level design, gameplay, and multiplayer. While the game seems like a Call of Duty clone, it certainly doesn’t play like Call of Duty. Let’s look at some of the facts about 007 Legends. It has a campaign the spans the globe. It does have, at times, some good voice acting. However, the game feels like it was ripped out of Call of Duty right down to its menu GUI.

When playing the single player campaign, you will get a glimpse of what this game is about right from the get go. Bond is shot in the leg and is plummeting down from a bridge into water. In the water, Bond begins to see his life flashing through his eyes. How he is able to hold his breath under water for an eight hour game is beyond me. You are then taken to the first storyline, Goldfinger, where you will live out some of the events that take part in the movie.

Throughout the game, you will start to notice a pattern, and quickly realize what this pattern actually is and it may even haunt you: James Bond is a one man army. This is a complete dichotomy, because this is set in an engine where you are cast as a soldier in the midst of a huge war, 007 is not the type to go in guns blazing, yet this what he does on every single mission in this game. There seems to be a conflict of interest in 007 Legends where the developers thought: “Hey look, let’s make 007 a super soldier”. Wrong. 007 Legends takes Bond in a completely different way. James Bond is more of a man of intelligence, who doesn’t shoot before he thinks. He is a man who investigates and sneaks to find out what is going on. He’s more of a recon man than he is a soldier. There is a reason why I bring this up, because while there are some sneaky parts, they are few and far between and not worth your time. Some of the areas where you need to sneak don’t even make sense. Another element that was weird was that using the sprint ability made me feel like I was walking faster and not necessarily running. It felt very wonky. Aiming down the sights also felt weird and hit detection wasn’t very spot on. Very sluggish and uninspired. 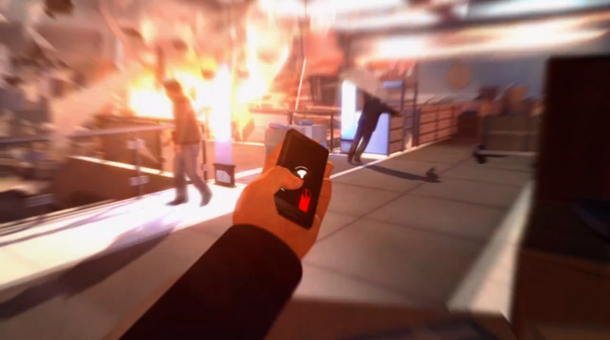 There are some cool parts of the game where Bond will be get into fist fights with baddies along the way. These little sequences are basically advanced QTE events. You can use the left and right thumbsticks to hit an opening where your opponent isn’t blocking. These are cool but are incredibly easy to do since the game tells you outright when to hit them and when to block. It’s a cool little minigame set in some levels, but nothing satisfying. Another bland component of the game is the racing levels, one of which you have to ski toward your target. When you first get into this, you will see the controls on the screen, but you better be looking quick. I didn’t get to read all of the controls on the screen before they went away. In this event, you could use the left analog stick to maneuver around and use the normal controls for shooting. At times, you will run into obstacles without even trying. One of the controls I didn’t even know was available to me was the Left Button which made me go a little faster. It took more than five times to try to catch up to my target before I was able to realize what I was doing wrong.

Enemy AI isn’t all that great either. I will say that your partner’s AI is pretty good. They stick with you and even actually kill baddies for you, which is a pretty cool thing to see. Enemy AI, however, is stupid. I will literally be in front of them and they will not even shoot. They will stand there until they start shooting you and eventually fall quickly after a couple of shots to the chest. The gun selection is your basic set of AK 47s and submachine guns; nothing you wouldn’t find out of the ordinary (other than the names of the guns). If you listen carefully to the sound of the guns, you will notice that some of the guns don’t make sounds after a certain time. There are times where the bullet sounds don’t even trigger at all and you are left with just the animation of the gun shooting. Sloppy. 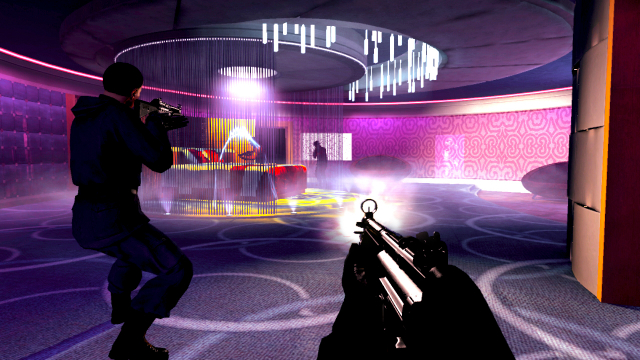 While there isn’t all that much to 007 Legends, there a couple of other cool things to unlock in the game. You can have loadouts for your guns in multiplayer and the user can upgrade their guns in the single player campaign to unlock items like rate of fire, silencers, and even sights throughout the campaign. 007 can also use different gadgets like the biometrics, a hacking tool and a camera all on his phone. 007 can even use a watch laser to disrupt surveillance equipment. I just wish the laser had a little bit more to do with distracting the enemies than to take out the equipment.

Multiplayer in 007 Legends takes he best of both worlds in the 007 universe. You of course have your all-out deathmatch and team deathmatch. You also have 007 Legends mode where it’s a Free For All using classic 007 characters such as Baron Semedi, Jaws, and Oddjob. There is even a Golden Gun mode where one player gets a turn with the Golden Gun to take out enemies. One shot kills in this mode. I found the mode to be fun and furious at times. I think I actually preferred this mode out of all of them. I really enjoyed some of the level designs the multiplayer had going within 007 Legends. It’s just a shame that some of the controls tended to be inaccurate, especially aiming down the sights.

007 Legends is a James Bond game that doesn’t know what it’s trying to be. It’s a first person-shooter with stealth elements. I believe that we have done all we can with Bond in the first person shooter genre. While there is some good to this game, mainly the campaign and level design, they’re some major problems that need to be addressed on what type of genre 007 should be in; it’s not this one, that’s for sure.