Today is actually a pretty landmark day for the Nintendo Wii U. Especially for it’s game lineup. Today is the first day some of the games became available in stores for players to buy. This is really cool. One of the games is the smash hit: Assassins Creed III. I managed to pick one up today and it’s the standard Wii U box that we have all been seeing in the last couple of months.

Well some of the people picked up their Wii U games, they were treated to a rather unexpected surprise. The Wii U discs are kind of…smooth. If you happened to pick up one of the games on sale today, you will notice the very side of the disc to be a bit smoother than most other discs. The outside of the disc contains a beveled edge that smooths the games discs out.

While we’re not sure why Nintendo manufacturers are making discs like this, all we know is…they are REALLY REALLY smooth. After holding my copy of Assassin’s Creed III today, the beveled edge gives it a much smoother, yet thinner surface than the Xbox 360 or the Playstation 3 discs. It’s also worth noting tbat the bottom of the discs kind of look like a Blu-Ray discs, even though we are told that they are NOT Blu-Ray discs. 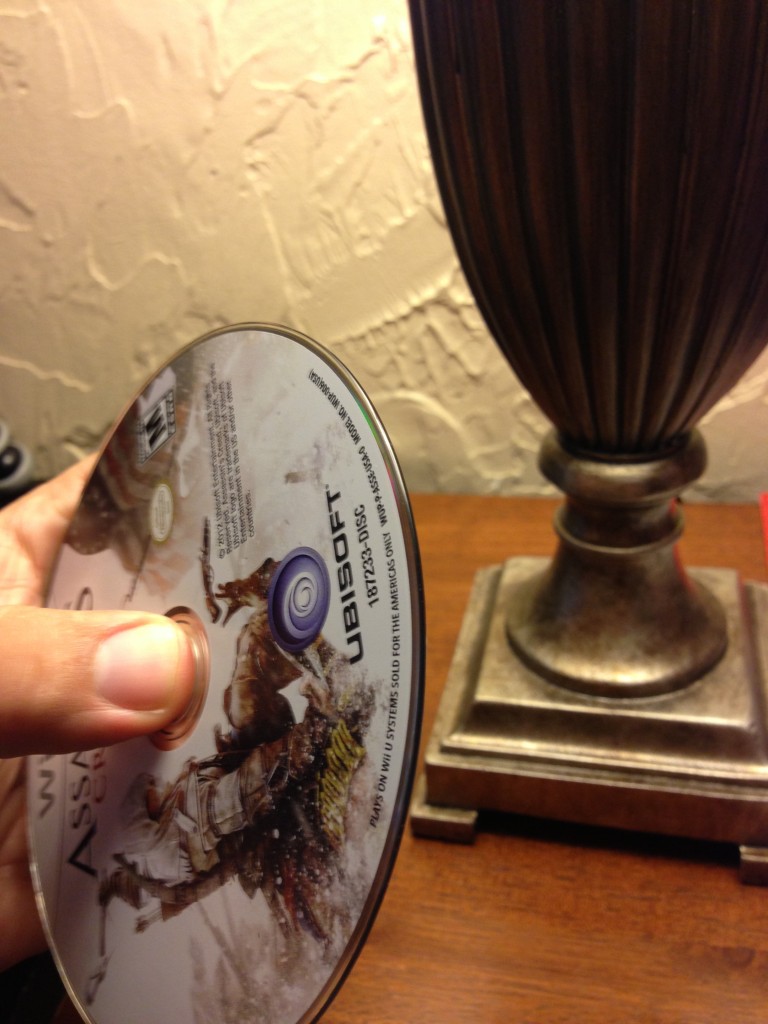 An interesting turn of events for Nintendo and the discs that will play in the Wii U.