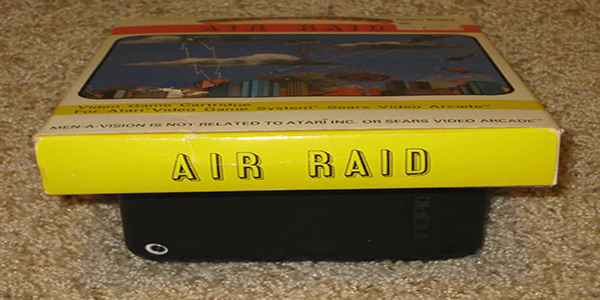 So yesterday, the world’s only complete, in-box copy of Air Raid on the Atari 2600 was bought off of an auction. Guess how much it sold for? You might be surprised to know that Air Raid went for a cool $33,433 ($33,433.30 if you want the actual amount). There actually was another copy of Air Raid, back in 2010, and it sold for $31,600. The copy sold this year contained the manual, which apparently made it worth over an extra thousand dollars.

The seller didn’t even know that Air Raid would make him so much money. He was given the game to sell in the video game department of the drug store he worked at. It proved to be so much of a disappointment to him that he tried to return it to the person who gave it to him. In the end, the seller held onto the game, which turned out to be probably one of the greatest decisions ever made in his life.