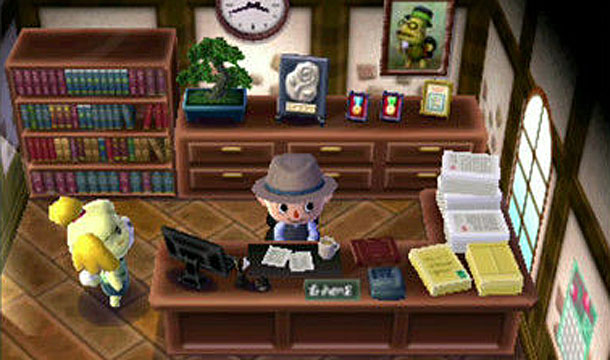 The housing market might still be in a rough spot, but if you think you can do any better Nintendo’s latest Animal Crossing is set to give you the chance to play out all of your animal related mogul fantasies.

Freshly minted as Animal Crossing: New Leaf , the 3DS title places players in the role of the town mayor. Players will decide what buildings and projects to work on for the town and will have the ability to dictate shop hours among other similar corrupt abuses of power.

Like all of Nintendo’s first party releases from this point forward, Animal Crossing: New Leaf will be avilable both at retail and digitally though the eShop.

Much like the other 3DS releases for next year mentioned in this morning’s Nintendo Direct, Animal Crossing: New Leaf has no set release date beyond 2013. I hope it isn’t a spoiler to say that at the end of the game you wake up with a raccoon tail and realize that you were Tom Nook all along.