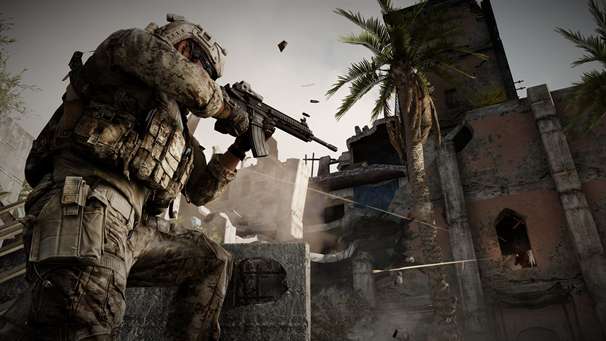 Still sitting on the fence about EA’s Medal of Honor Warfighter? An open Beta for Xbox Live gold members will go live tomorrow morning and last until Sunday. For Canadians, like me, this means a Thanksgiving filled with bullets, kills and certainly swearing teenagers over Xbox Live headsets.

The beta features a territories style gameplay mode called ‘Hospot’. This mode has two opposing teams rushing to secure moving control points, similar to a king of the hill match. Only one map will be playable in the beta, ‘Sarajevo Stadium’, which takes place in Bosnia.

Will you be gearing up to join the battle? The Battlefeild 3 Beta last year was a huge deal and lasted 2 weeks. I don’t really see Warfighter drumming up the same buzz.