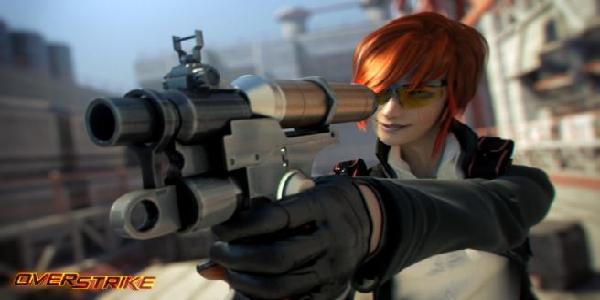 Fuse, formerly Overstrike, is being developed by Insomniac Games. This makes their first title to make the leap over to Xbox 360 (still hoping for Resistance…). A lot of new information, including an interview at CVG and a trailer, has been released for your eyes!

Ted Price, CEO of Insomniac sat down for an interview with CVG. Here is what he had to say about it.

Fuse demonstrates what Insomniac does best: outlandish and gruesome weapons design, over-the-top action and a touch of humor. We’re especially excited to see how players utilize lethal teamwork by combining their Fuse weapons to stop a deadly arms race.

This is a personal issue for me, because I really like playing games with high-impact weapons”. “Where you feel like you’ve done a lot of damage, and you’ve ruined that enemy’s day, and we weren’t doing that with the weapons we had before. Even though in the video they looked cool, they weren’t turning people on here and they weren’t turning people on that we had come in and play the game.” When the team made the change to center on fuse and its offensive potential (rather than what were essentially just four support abilities), “it was like a breath of fresh air around here, because we finally got to let loose and experiment, go much further.

Keep reading after the jump for the video!

Here are the character profiles, courtesy of Trueachievements.

Dalton Brooks:
Dalton uses the “Magshieild”, a device that combines fuse and ferofluid which is a material made up of magnets. The highly durable shield can block enemy fire, absorb it, and then fire it back out into the firefight.

Jacob Kimble:
This ex-LAPD officer uses a specialized cross-bow called the Arcshot.  Combining fuse elements and upgradable to a one-shot weapon, the Arcshot also has a secondary fire-mode that uses both fuse and liquid mercury to deal damage to the point of melting enemies.

Naya Devereaux:
She is a thief of the night and a very powerful teammate whos weapon of choice is the, Warp Rifle.  Combine her cloaking skills with the power of human created anti-matter, and she is a no-holds-barred girl prepared to dispose of enemies.

Izzy Sinclair:
Izzy is the technical prowess of the group and is who everyone in Overstrike 9 looks for in the time of healing. Not only is she a technical wizard of sorts, but she also packs the shatter gun which uses Black Melanite to dispose of unwanted foes.