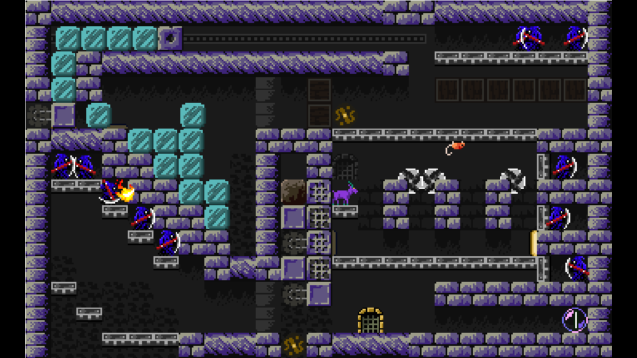 It might be a little early for starting the weekend, but MagicalTimeBean’s puzzle platformer Escape Goat is temporarily available to play in full on the game’s website.

Escape Goat started life as an Xbox Live Indie Game, before making it to the PC and included in June’s Indie Royale bundle. Now ported to HTML 5 and running in a browser, the charmingly retro game stars a goat imprissioned for witchcraft, and he’ll have to do plenty of double jumping and ramming to get through all of the dungeons puzzles.

The online version currently gives you full access to the game’s campaign, as well as a few sets of custom levels. Performance is remarkably solid, even on the awful wi-fi connection I’m posting this on.

The whole game will be avilable online for the duration of this week’s PAX. After September 2, the game will be replaced with a demo and the ability to share indivdual created rooms.

Escape Goat is also on the recently launched Steam Greenlight, a new service that let’s ability to crowdsource interest in various games and help smaller developers make their way onto Valve’s store. You can learn more about the perspective Steam release right here.