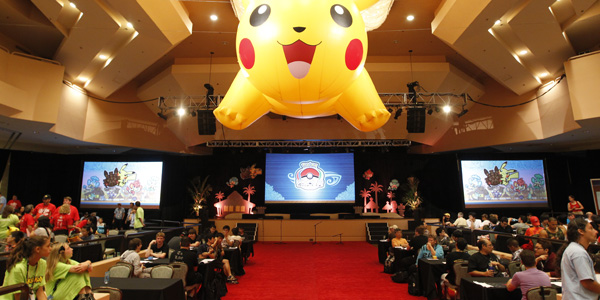 This past weekend the Play! Pokémon season wrapped up in Waikoloa, Hawaii at the 2012 Pokémon World Championships. Six champions rose to be the worlds best Pokémon trading card game and video game players. Hundreds of players from 30 countries were in attendance. Each player began almost a year ago competing in the Play! Pokémon season sanctioned by The Pokémon Company International.

The 2012 Pokémon TCG and Video Game World Champions are:

“The Pokémon World Championships not only showcase some of the best Pokémon TCG and video game players from around the world, they also celebrate an international community that is unified by the fun, friendship, and mutual respect that the Pokémon spirit embodies,” said J.C. Smith, director of Consumer Marketing for The Pokémon Company International. “We are incredibly proud of all the players who competed this weekend and want to extend a big congratulations to the 2012 Pokémon World Champions who represented their nations proudly.”