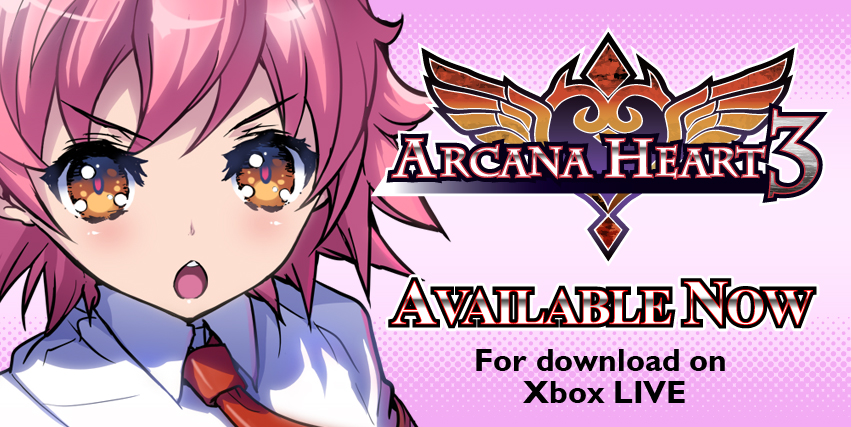 The anime inspired all female cast of Arcana Heart 3 are finally ready to battle it out on the Xbox 360. After being released in 2011 on the PlayStation 3 the game finally makes its way to Microsoft’s home console, in Europe at least.

The game features a unique focus on aerial combos using a special honing system. With 23 characters and 23 different Arcana Arts for your character to equip, there are over 500 different combinations available.

The game  is priced at £14.99 (€19.99) through Games on Demand. We’ve reached out to the game’s publisher about a possible North American release. As soon as we know more we’ll update this post.