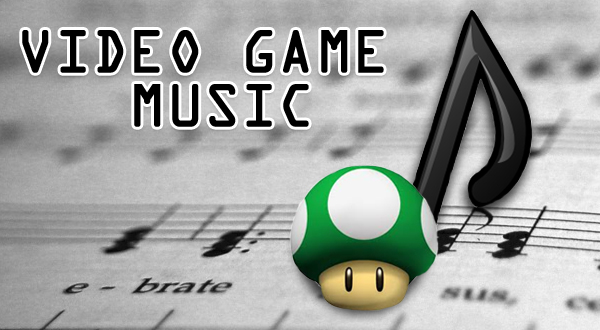 Hello again, one and all. Welcome to another week of video game music. Last week, I mentioned that I would be giving you a great treat. I told you all that you will be all winners and today, you will be. I have played Final Fantasy for a long time now. About 12 years ago, I played Final Fantasy X as my first Final Fantasy; a late bloomer. Since then, video game music has become a major part of my life and with that, came music from a legend in the industry: Nobuo Uematsu. Since the beginning of the Final Fantasy days, Nobuo Uematsu has composed and produced many soundtracks in this amazing industry.

Today, we take a look at some of his work. Not to mention other’s like Masashi Hamauzu who has recently took the helm of the Final Fantasy game music. Not only was Final Fantasy XIII’s music great, but it was the bright spot of the entire game. His work also carried over to Final Fantasy XIII-2 with another unbelievable soundtrack

Back on point, the reason is you are all winners, is because we are going to take a look at the various Victory Themes the music team over at Square Enix has produced over the years, starting with very first games going into the newest.

Final Fantasy has been a commercial success throughout the years and so has it’s music. Beginning back in the late 1980’s, music from Nobuo Uematsu has been etched into the history of Final Fantasy. Now with a winning salute, Broken Joysticks takes a look at the winning work, the gang at Square Enix has provided.

The Victory Fanfare has been a staple of Final Fantasy games for years. From the very first game, it has been one of the best parts of game. Mainly, because you win battles and are greeted with an awesome tune at the end. In the early days, however, the themes were mostly the same. Change a few notes to make it more unique to the game. No matter the sound, it was always a welcome sound. It doesn’t begin to change until the Playstation era.

The Playstation era brought 3D polygons and epic sountracks, some of which are the best of the series. Final Fantasy VII’s epic and streamlined approach brought the game into the mainstream. It brought new life and give a new perspective on where the franchise was going. In turn, the soundtrack for the game was a lot more robust and featured a lot of rocking tracks. The forumla for the Victory Fanfare, however, was still it’s chippy self, however, there were changes.

Final Fantasy VIII’s love story brought on  a new sound. An opera like beginning set the tone for one of the more auspicious titles in the franchise. Just mentioning the ill-fated Junction system still brings bad memories to many games. One of the brights spots, was indeed it’s soundtrack. The victory theme in this game is my all-time best in the series. A rugged opening mixed with a cute but fun ending.

My favorite entry into the Final Fantasy games comes up with a more classical tune for it’s victory theme. Using more trumpets than a man can handle, the song pumps excitement and poise into the player. Final Fantasy IX, like the song itself, is a throw back to the old games and one that should be remembered by all gamers as one of the finest on the original Playstation.

The Playstation was winding down and the Playstation 3 released on October 26th, 2000 here in America. With the new power came a new way to look at Final Fantasy. Final Fantasy X was the last Final Fantasy numbered title Squaresoft would ever publish and develop. Even with this change, there was more changes inside of the music department too! Masashi Hamauzu and Junya Nakano helped Nobuo Uematsu create this amazing soundtrack. The Victory Theme was a very lively song. Almost to the point that you want to start dancing! Go ahead, I dare you not to shake your body at this song.

Final Fantasy XII was a different Final Fantasy all around. From the soundtrack to the battle system. There were a lot of new things to see and do in Final Fantasy. The music was definitely different. What makes it different from a lot of the other Final Fantasy’s, is the fact that the victory theme is no longer played after winning a battle. Due to it’s open world nature, the game stands out to be one of the most different games to ever come out in the franchise. The music returns to the great old style of Final Fantasy and even sounds like a Star Wars movie. Don’t believe me? Check it out for yourself.

Probably one of the most controversial games in the series, Final Fantasy XIII set its sights on a people who were being abused by a military power only a few could withstand. The people of Caccoon were ravaged by the enemy on Gran Pulse and only a L’Cie could do away with the threat. I feel this games strongest asset was it’s soundtrack. It made the very linear game seem very enjoyable and even likeable. The classic Victory Theme is gone and replaced with an amazing set of beats that will be music to your ears.

Final Fantasy’s Victory Fanfare is a classic song that has been remixed for the good of the franchise and for each game. When you become victorious in your everyday activities, it’s only natural to screen the song out and sing it for a few seconds. The power of music in games has a strange hold over you. Don’t ever let it go!