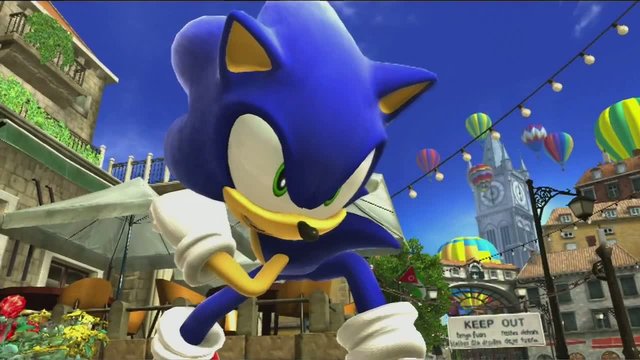 Sonic Adventure 2, one of the best 3D Sonic titles from the last generation will be grinding its way onto the Xbox Live Arcade and PlayStation network later this fall. The announcement was made at the San Diego Comic Con, after word about the port leaked online a few months back.

SEGA’s brief trailer announcing the title acknowledges the leaks, stating that the game will “leak on to consoles this fall”. Not much else is known about the HD port of the game but if the 2009 port of Crazy Taxi and the 2010 port of the original Sonic Adventure are any indication they’ll be up-rezed versions of the Dreamcast original with achievements and possibly the GameCube exclusive Battle multiplayer modes.

I’ve played Adventure 2 on both the GameCube and Dreamcast and both versions still remain in my gaming collection until this day. I look forward to grinding down the streets of City Escape on my SOAP shoes.. Damn product placement, it’s still effective 11 years later.