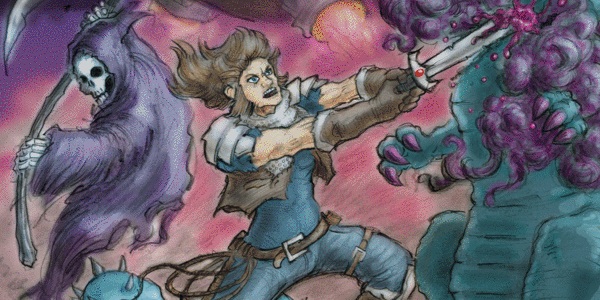 Developed by PC RPG veterans Brian and Annie Mitsoda, Dead State is what you get when The Walking Dead corners, terrorizes, and bites Fallout 1, who then reanimates and gnaws on your character sheet. This RPG is less concerned with zombie killing and more with the entire scope of zombie apocalypse survival.

Funding for Dead State rots away on July 5.

The Creators will be a series of comics by artist/writer Michael Bracco, featuring a world where a small number of children are able to bring their imaginations to life in a very literal (and horrifying) sense. The first story told will be titled “Bully,” about a troubled teen named Ian who has found that he can very easily take revenge on the people who have made his life miserable.

This project’s deadline is July 24.

Part sidescroller, part RPG, part roguelike, The Crystal Catacombs features “dozens of different items, weapons, spells, enemies and bosses,” in procedurally dungeons begging to be explored. The game will launch with seven Crystal Realms, or basic themes of dungeons that you’ll be exploring, such as the Forgotten Jungle and the Ice Fortress. Stretch goals for excess funding includes a map editor and cooperative multiplayer.

Funding for The Chrystal Catacombs ends on July 5.