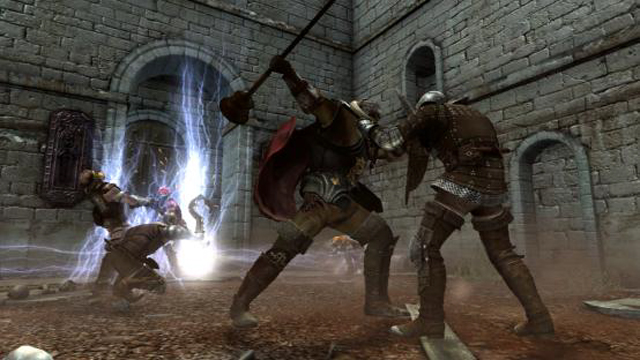 NIS America, publisher of some landmark RPGS including the DIsgaea franchise amongst others, announced today that Clan of Champions will be released on the PlayStation Network later this summer. Sadly the game will not be available on the Xbox Live Arcade, as was previously announced.

Champions is a multiplayer focused action game with fast based brawls that utilize both fighting techniques and magic spells. As you utilize different weapons you’ll game experience points that can be spent to unlock new weapon based skills.

The developer Acquire describes the game as:

“Clan of Champions is a hardcore multiplayer action game set in a medieval fantasy world of magic and mystery. You will choose from 3 different races – human, elf, or orc – and take on a variety of combat-based missions, each of which is different in content and length. You can play by yourself or with 2 others in the online co-op mode”