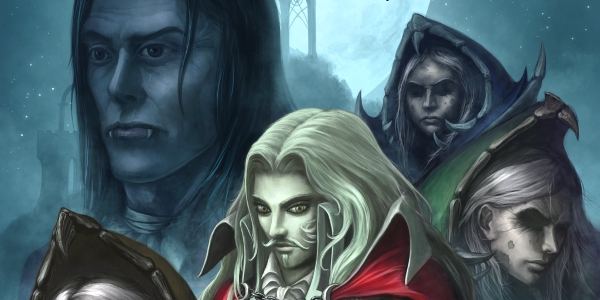 Paradox Interactive has announced the release of two titles today. The first is the Ship Simulator Extremes Collection which includes the base game and all of its 6 DLCs.  This collection will allow land lubbers to be the skipper on ships ranging from puny dingies to gargantuan cargo vessels. The press release promises hundreds of hours of gameplay and several real world ports, hopefully most of those promised hours won’t involve being stuck in St. Paul Island‘s dock because of ice. The collection also includes a revamped mission editor and 24 player online multiplayer (I shudder to think of the traffic jams).

The other title is a new DLC for Magicka titled The Other Side of the Coin. This DLC lets players take on the role of “Alucart the Vampire,” who is totally different from various vampires named Alucard. For one thing, Alucart’s name ends with a T rather than a D. Furthermore, he’s got some necromancer buddies and a mission to destroy everything that is good and wholesome in Magicka’s universe (if there is anything wholesome in a series that practically encourages you to “accidentally” kill your friends).

You can view trailers for both titles after the jump.

Below is the trailer for the Ship Simulator Extremes Collection. If this is up your alley you can pick it up for $29.99 (or €29.99 if you live in Europe).

Next up is the trailer for Magicka: The Other Side of the Coin. You can pick this up for $4.99 USD. We don’t know what it’ll cost in Europe but the Magic 8-Ball suggests that €4.99 is “very likely.”