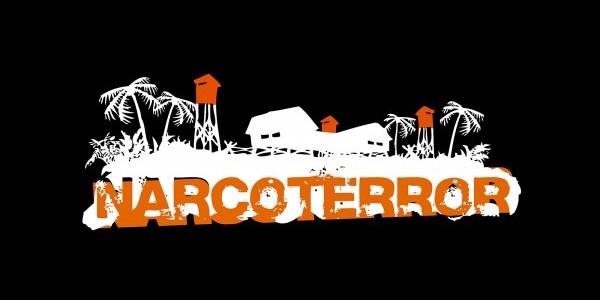 The concept of the game is to turn the 80’s action movie Commando into a twin stick shooter, which it succeeds at by using a jungle setting, loads of crazy high powered weapons, and a whole lot of fun explosions from satchel charges and grenades. Also following the 80’s motif all the on screen HUD elements have a slick retro font and effect on them.

It controls as you would expect from any twin stick action game, while the effects in game are nice the weapons lack a certin amount of punch, and hitting enemies also feels a bit hollow. They use a dodge roll to avoid the kinda slow enemy fire, there is also a melee but it seem like a last ditch attack rather then a truly useful tool. 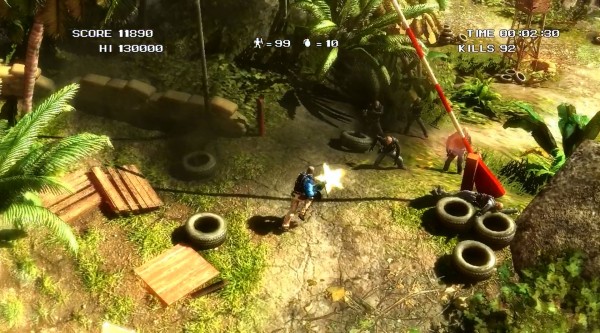 It looks like a fairly descent arcade game, nothing really of notes but no major marks against it either. The camera does well most of the time but as it is always following a preset path and it doesn’t always seem to show you what you need in all the combat, there are also moments when the camera isn’t the best at leading you down the narrow path of the levels, and with quite pretty level art sometimes the invisible wells are really hard to read.

It does have some other stand out sections in the demo I played when the game takes on a feel of the classic Choplifter, and 1944 (check i dont think that is the right title). In some section you’ll board a helicopter and have to move from side to side picking up hostages that you free when on foot. Later in the demo you hop in a plane to travel to a different island and that takes the shape of a vertical shooter.

While the game still has some time to clean up the feel, I fear it might get lost as yet another dual stick shooter on downloadable services.