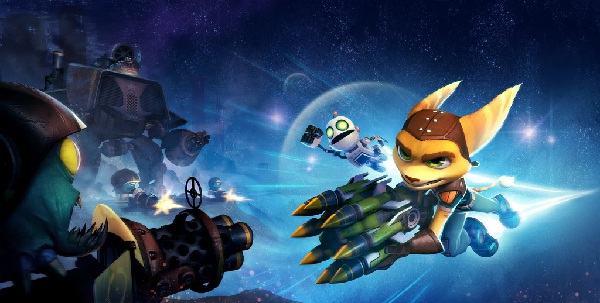 Today Insomniac Games announced that subsequent to the upcoming HD remake bundle of their decade-old series, they will be launching a new downloadable title this holiday season called Ratchet & Clank: Full Frontal Assault.

Intended to provide an experience more like the classic PS2 games, FFA will bring a return “to the series’ classic feel, camera, controls and weapons.” The game will also include some kind of unspecified multiplayer component. Like 2008’s Quest for Booty, Full Frontal Assault will be available only as a downloadable title on the Playstation Store.