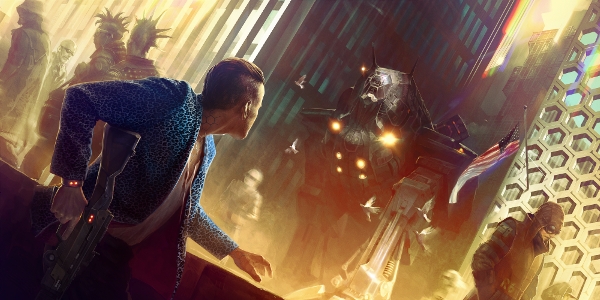 CD Projekt RED announced that it is developing a new game based on Mike Pondsmith’s venerable Cyberpunk 2020 RPG (originally known as Cyberpunk 2013 when it was first released in the late 1980s). As is typical of this sort of thing, Cyberpunk is set in a future dystopia where the United States is a borderline police state run by ruthless, nearly omnipotent corporations (the rest of the world isn’t doing too hot either).
Speaking at CD Projekt’s Summer Conference, co-founder Marcin Iwinski promised that the RPG will follow in the Witcher series’ footsteps. It’ll be non-linear, morally ambiguous, and “mature.” Unlike the Witcher series, the upcoming cyberpunk game will allow players to create unique characters with different classes. Presumably this means that you will be able to hack and sleep your way through the game or, alternatively, spend your time tasering protestors on behalf of a company using homeless people in their human-animal hybrid experiments.

So far we don’t know what platforms it will be released on (given CD Projekt’s history, it’s a good bet that it’ll be released for the PC) or when it will see the light of day. We’ll keep you posted.