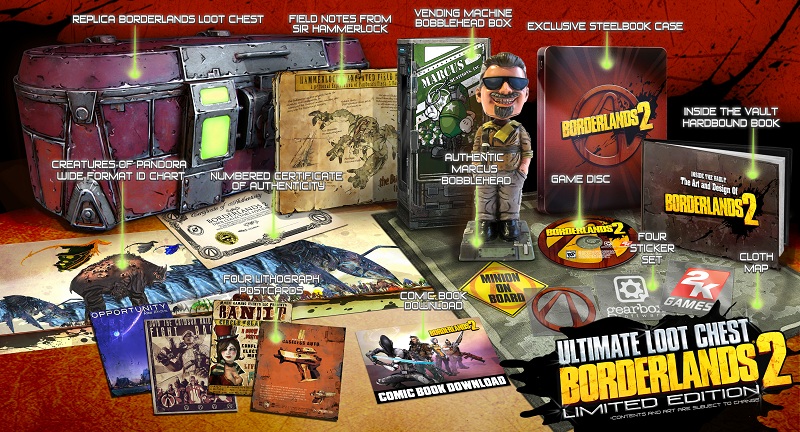 Borderlands 2 will be receiving not one but two special editions 2K Games and Gearbox Studios have announced. If you’ve ever needed a reason to reenter the vault one more time the Deluxe Vault Hunter’s Edition and Ultimate Loot Chest Editions might give you more than enough reasons to return to Pandora in search of sweet, sweet loot.

The Deluxe Vault Hunter’s Edition comes with a copy of Borderlands 2 in the flavor of your choice, a Marcus Bobble Head, four stickers, collector’s edition box, a map of Pandora and a hard cover artbook. Not a bad deal for $99.99, if I say so myself.

If you are looking to spend a little bit more the Ultimate Loot Chest Edition comes with everything from the Deluxe Vault Hunter’s Edition as well as a replica Borderland’s loot chest, field notes replica, Bobblehead Box, a comic book download, creatures of Pandora  poster and four postcards. The Ultimate Loot Chest Edtion will retail for a whopping $149.99!

Borderlands 2 is expected to be released this September for Xbox 360, PS3 and PC. Check images of both of these collectors editions below: 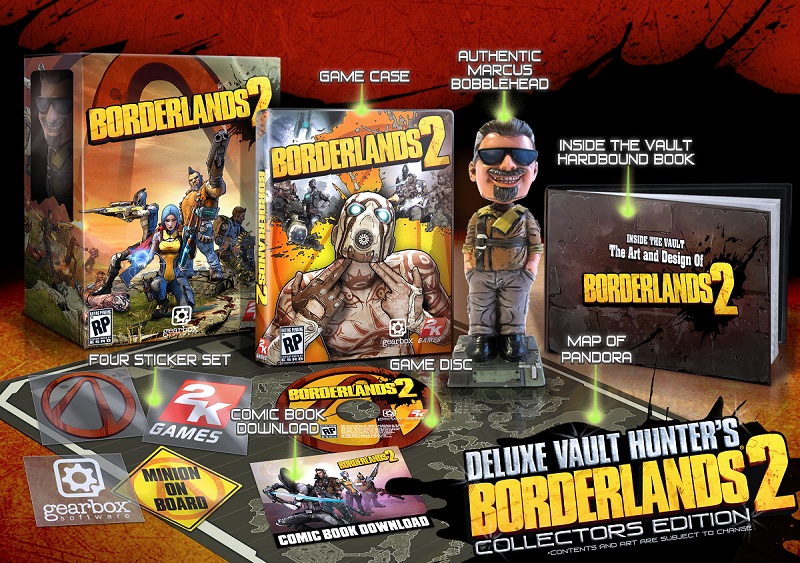