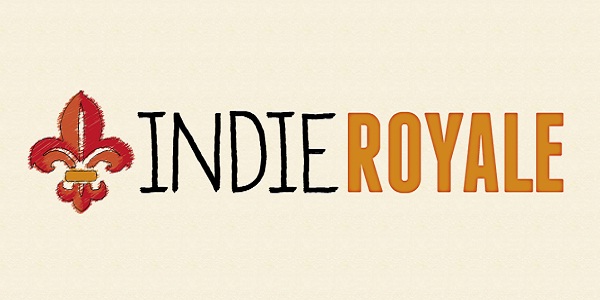 Previously reported here at BrokenJoysticks.net, Indie Royale’s May Hurray Bundle is available for the next three days. You should buy it. The price fluctuates as it sells by increasing slightly if someone pays that minimum price and decreasing slightly if someone pays more than the minimum, and as of this writing the minimum is $5.29. I’ll run you through the five games in the bundle, so you can know precisely why you ought to spend a value meal’s worth of income to make your life better.

Containment is a puzzle game (it’s even in the name!) set in a zombie apocalypse. Essentially  it’s a tile-swapping game with a board full of color-coded pieces, except the colors represent different ‘characters’, and drop different bonus items. Green tiles are soldiers, who can give you grenades. Blue soldiers are policemen who can call in sniper shots. The white tiles, though, are the important tiles. Those are zombies. To clear each section of a level, you must clear the current board of all zombies by encircling them by swapping your tiles around so that a single color surrounds the one or more adjacent zombies, un-undeading them. There is a time limit, however, because if you take too long zombies will start chewing and zombifying the tiles next to them. (That’s bad.)

This game is a ‘dodge-this-hit-that’ style of fast paced track racer. Your goal is to collect data points on the way to the finish line while steering around the track hazards and avoiding the bad guys coming to get you. The courses have a TRON-like cerebral/computer stylishness to them. I found this game to be the least impressive of the set.

–Brainpipe: A Plunge to Inhumanity–

This one is like that uncle you have who did entirely too many drugs in the 70’s. You play as an eyeball (I think?) barreling down a tunnel (sort of?) engulfed by trippy color blobs and bizarre electronic music (these are facts.). As you progress down the tunnel, dodging an assortment of light and shapes that do damage, you collect little star constellations and do whatever you can do not get killed as the pace gradually (or sometimes quite suddenly) quickens. The only interaction the player has with the game besides moving the mouse to steer is the left mouse button, which if held will stop time, but if clicked repeatedly will make a sort of time strobe effect, helping you course through the obstacles.

Weird Worlds is a top-down 2d space strategy/adventure title that feels like a sophisticated NES game, which is one of the few times that is meant as a compliment coming from me. You play as the captain of a space ship who must travel to diverse planets in the galaxy, exploring worlds, trading gear, recruiting a fleet, and fighting bad guys. The game has the narrative tone of a 50’s sci-fi serial and the art style to match, both of which I found subtly charming.

If this bundle consisted of Dungeon Defenders and nothing else, you’d be a silly person to not buy it at this price, though only a silly person would call that a ‘bundle,’ I suppose. This game is easily worth the $15 retail price it normally carries. This game plus anything else at all for under six dollars? Pull that trigger.

Dungeon Defenders is a 3rd person action-RPG/tower defense hybrid. There are multiple character classes to choose from, four in the base game and more available as DLC, and each class has a unique play style and selection of defenses to help you guard your very precious Eternia Crystals. It’s four player co-op, with other game modes currently in development such as Capture the Flag, available as a free download from Steam.

Check out Indie Royale‘s main site, and make sure to stay tuned for news about their next bundle deal, coming soon!