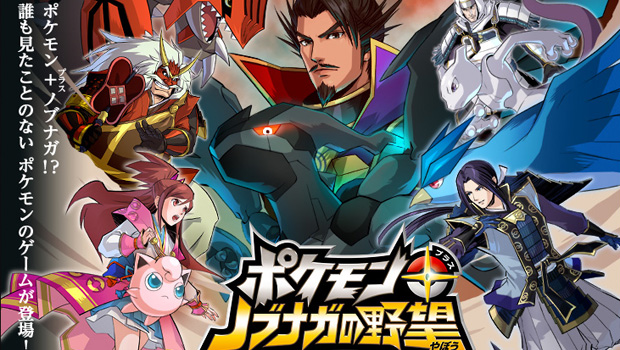 Tecmo Koei’s strategy RPG crossover with those adorable Pocket Monsters, Pokémon + Nobunaga’s Ambition, will be heading stateside this June. The game will receive a name change coming to North America as Pokémon Conquest.

While Nintendo will be handling the publishing the game was actually developed by Tecmo, whose long time Nobunaga’s Ambition franchise has been ongoing since 1983 and has seen releases on various platforms over the years including the Sega Genesis, Playstation 1 &2 and now the Nintendo DS.

Reviewer’s opinions of the Japanese version are mixed thus at best. Japanese gaming gods Famitsu gave the game a 34/40 citing its easy to learn nature and engaging gameplay. Fans of the Strategy RPG genre however have been quick to point out that the story in the game serves only to initiate battles and little else.

If you are new to the genre or looking for a change of pace from your average Pokemon outing than Pokemon Conquest might be for you.